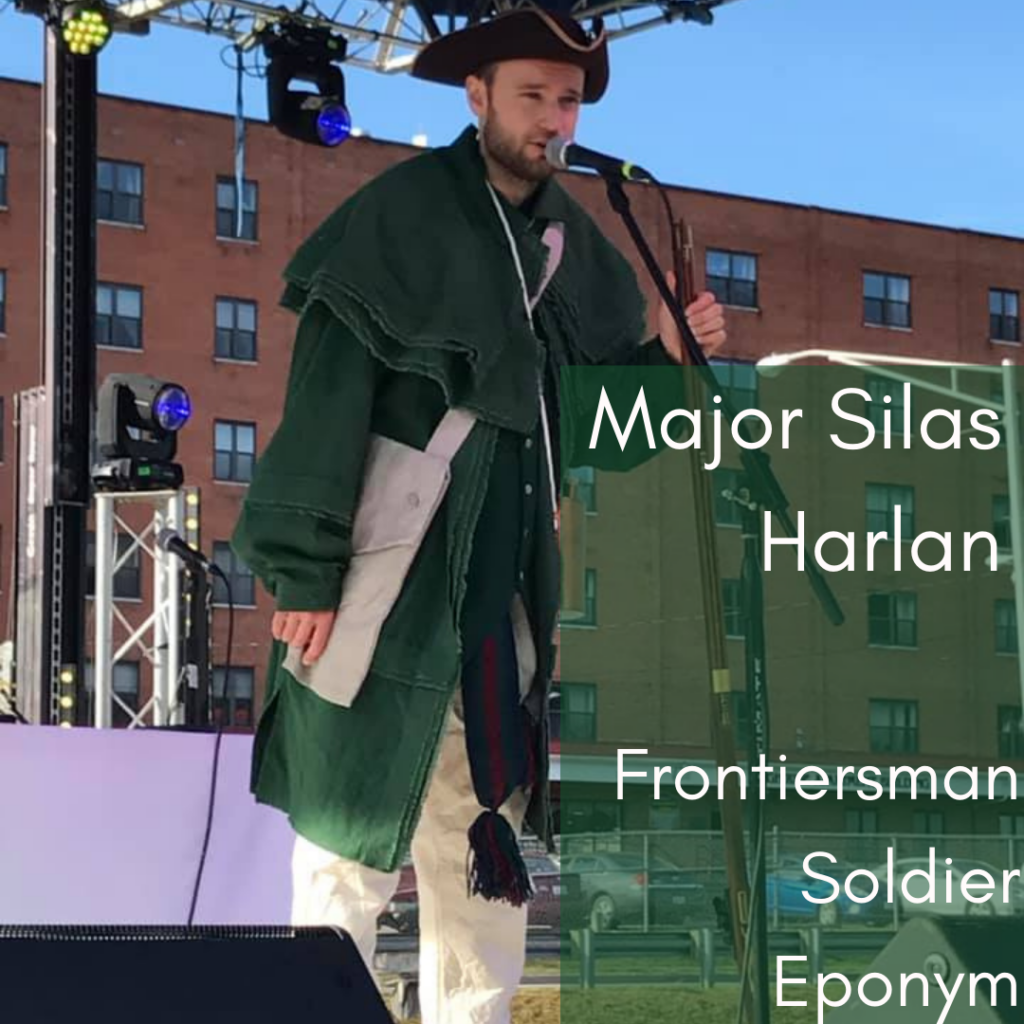 As we approach the July 4th celebration of our nation’s independence, we thought we’d share some information about the Revolutionary Soldier whose name became attached to our county and our city!

Silas Harlan was born in in 1753 in the Virginia Colony near what is now Beckley, West Virginia. By 1774, Silas and his brother had joined James Harrod and helped found Harrodstown (later Harrodsburg), the oldest permanent white settlement in Kentucky. By 1778, the Harlan family had moved on to found Harlan’s Station near Danville.

Silas Harlan gained the rank of Major as part of the Kentucky militia. He spent the majority of the Revolution fighting along the frontier. Under General George Rogers Clark, Harlan commanded a company of scouts in the Illinois Campaigns of 1779. He served as Captain of a company in the raid on Chillicothe in 1779. He assisted in establishing Fort Jefferson in 1780.

Following a Loyalist raid on Bryan Station, Kentucky forces pursued the raiders. The men were ambushed in what would be the final Loyalist victory of the Revolutionary War: The Battle of Blue Licks. Major Silas Harlan was part of the advance party that came under fire. He died on August 19, 1782. General Clark remembered Harlan as “one of the bravest and most accomplished soldiers that ever fought by my side.” Silas Harlan is buried at the Blue Licks Battlefield State Park. Visitors today can visit the battlefield and museum and watch reenactments of the battle.

Present day Harlan County began as part of Virginia known as Kentucky County. In 1780, Kentucky County was divided into three counties with the Harlan area becoming part of Lincoln County. When Kentucky gained statehood in 1792, Lincoln County was divided to form Knox County in the Harlan area. In 1819, Harlan County became the 60th county in Kentucky. The present day city of Harlan was known at various times as Mount Pleasant, Harlan Court House, Spurlock, and Harlan Town before officially being named Harlan in 1912.

Despite his untimely death, Silas Harlan is remembered over 240 years later in the names of Harlan and Harlan County, hundreds of businesses and organizations that share that name, and the many people who call Harlan County home!